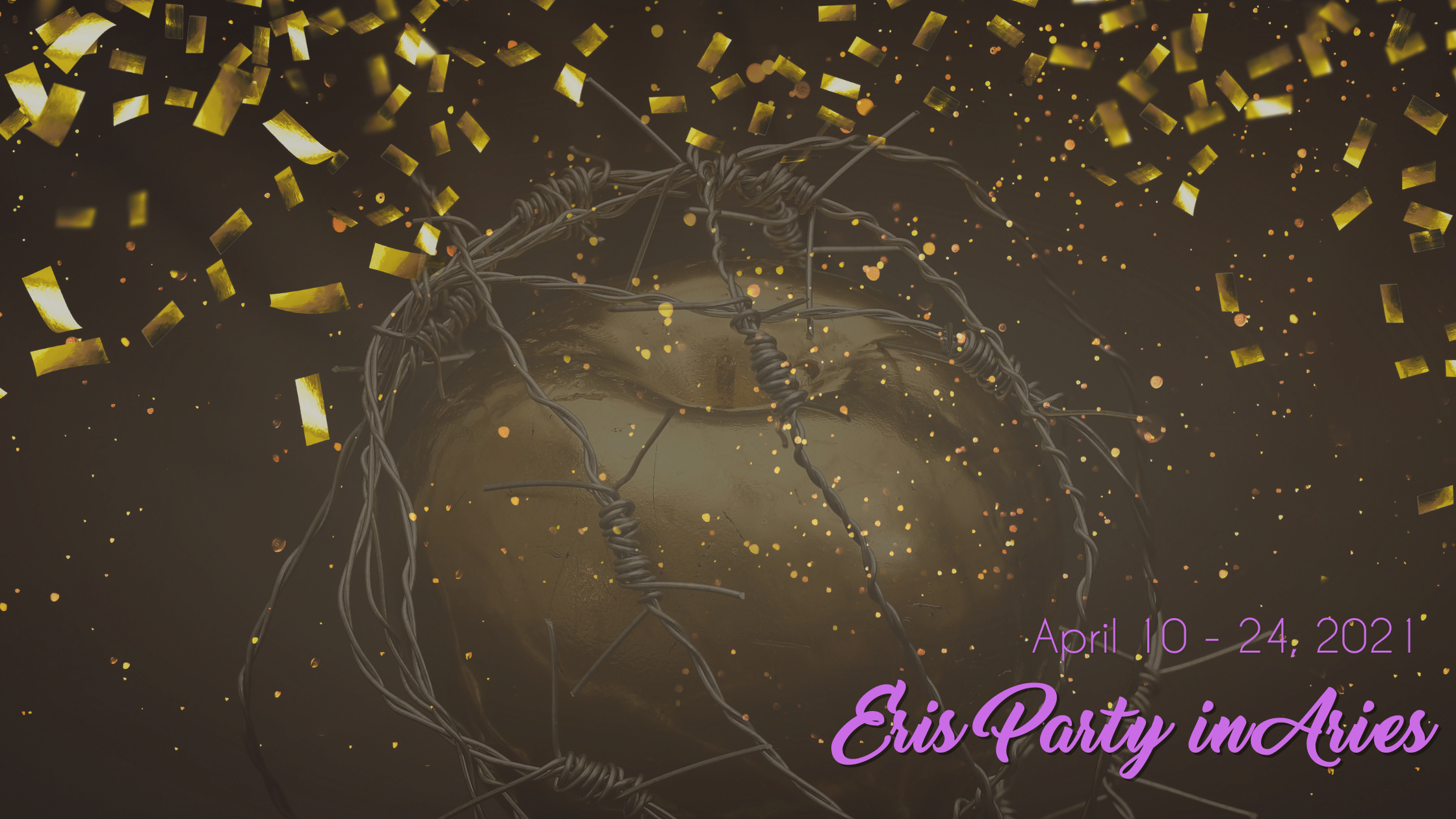 The classical story of the Greek goddess Eris crashing the party and starting a mean-girl smack down over a golden apple, eventually ends in the Trojan War.  So, to say that Eris is a bit of an instigator isn’t much of a stretch.  Now Eris (the dwarf planet) is at 24 degrees of Aries and the “par-tay” is coming to her.  She will be experiencing a series of conjunctions over the course of the next several weeks with Venus (4/10), the Sun (4/14), Mercury (4/16), and Ceres (4/23).  Lest we forget, Eris is in a year-long square with Pluto, which you can read more about in my Eris square Pluto blog post.

So how are these interludes with the Goddess of Discord likely to go down?  That’s a good question.  First you should know that if you have any aspects within 22 – 26 degrees of the Cardinal Signs (Aries, Cancer, Libra, Capricorn), get ready to feel the burn.  This is about justice for old grievances. People that have felt marginalized and disrespected will have to determine if they want revenge (Eris) or if they want to effect change that will live on long after they are gone.

4/10 – Venus conjunct Eris in Aries is also sextiling Mars in Gemini and, of course, square Pluto in Capricorn.  Venus is about the things that we love, and value, and all of that is changing… so it is time to reevaluate what and who those things are.

4/14 – Sun conjunct Eris will involve your ego. If you are feeling extra “revengy” around this time, remember to temper this energy.  Eris can be really divisive, and you can easily burn bridges.  Look and see what house is ruled by Aries in your chart.  This will indicate the area of life where you might do some damage if you’re operating on auto-pilot.  This is a day to be “present” in your body and fully conscious of your actions.  Fair warning: if this is happening in your 10th house, you might have trouble at work that leads to you walking out…or being escorted by security.

4/16 – Mercury conjunct Eris could grant new insights or understanding around issues or events that have caused feelings of deprecation or disparagement in the past. If you can turn off your flame-thrower for a sec, you might understand the reasons behind whatever incidents created those feelings to begin with.

4/23 – Ceres conjunct Eris is probably the most challenging of all these conjunctions. Ceres indicates the things that nourish us, but also great loss and despair. This can trigger something beyond fear, especially when the survival instincts kick-in and take over. On this day, Venus and Mercury will be conjunct with Uranus in Taurus and that could bring either chaos or catharsis.

It’s really important to note what house these conjunctions (including any aspects that might be involved), to 24 degrees of Aries, are happening in.  You can get a free birth chart at Foxy Astrology, and this will inform you of what area/areas of life you should consider being more mindful of during this time.

Bottom line: This is a radical two weeks of deep change that can get you closer to your end-game or throw you way off course.  Consider being an observer first and maintain a “check yourself before you wreck yourself” mindset. If used wisely, these powerful conjunctions can be life-changing.  However, without setting intentions for the highest and greatest good for all — we could be cleaning up from this party for a very, very long time. 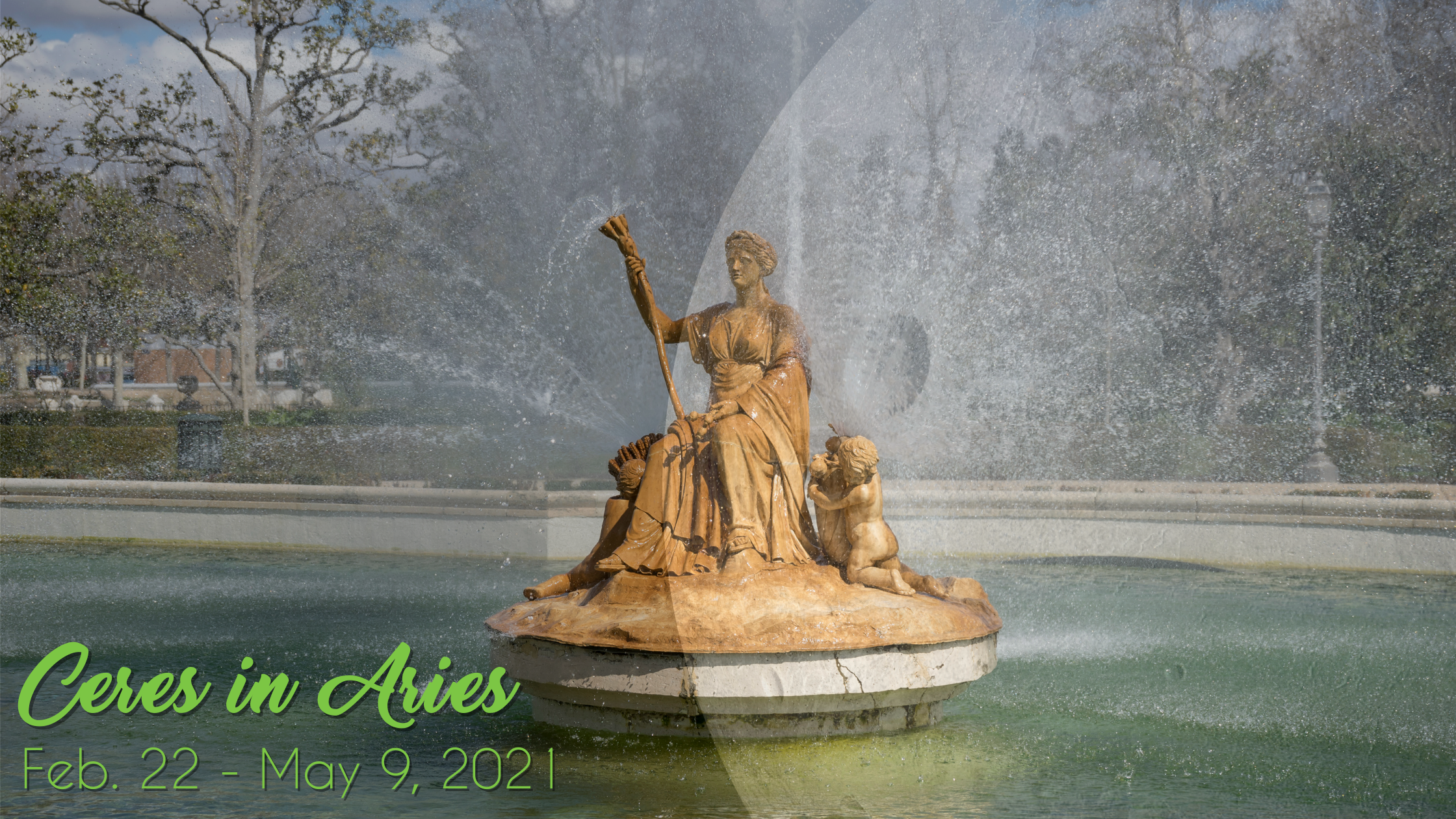 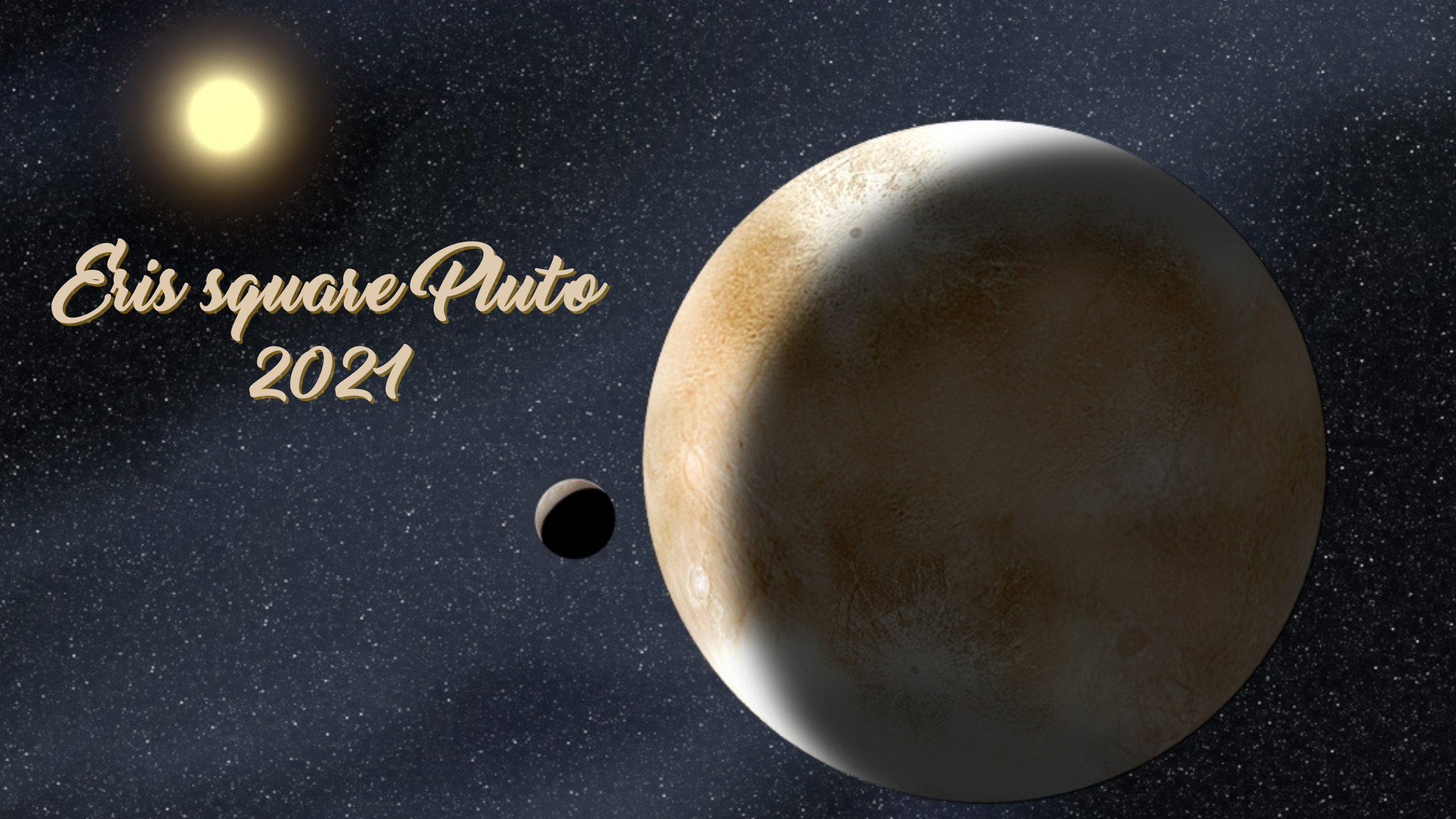 As I write this, Eris is stationing to go direct on Jan. 10; she has been retrograde since July 20, 2020.  In her retrograde phase she helps us identify our lack of self-love and how we can sabotage ourselves by not knowing what we are truly made of.

“Without change something sleeps inside us, and seldom awakens. The sleeper must awaken.” ~Frank Herbert

Eris and Pluto will square exactly three times in 2021, but essentially this energy will permeate our consciousness all year long.  This powerful energy between the goddess of discord and the great transformer will help us continue our transition into the Age of Aquarius and also through the Pluto Return of the US (2022 – 2024).

Eris and Pluto met up several times in 2020 at 23-24 degrees of Aries/Capricorn. One such meet-cute was right around the Full Moon Lunar Eclipse, which was on June 15 in Sagittarius. They continued their square beyond the New Moon Solar Eclipse on June 21 at zero degrees of Cancer, which activated the Aries Point.  Zero degrees of any of the Cardinal signs (Aries, Cancer, Libra, Capricorn) will activate this point, which is the beginning of the Zodiac and very powerful.  Also, Cardinal signs create action- often in very sudden bursts.

If you have anything around 23-24 degrees of the Cardinal signs, you surely felt this “awakening” or “clarion call” to take your power back in this area (the houses where your Capricorn and Aries rule – these will tell you the part of your life in which this is happening). Go to Foxy Astrology and get a free natal chart. Since Eris is a dwarf planet, she won’t be on the chart. However, anyone born from April 1925 on will have Eris in Aries in their natal chart.  Why? Well, Eris is far out, and she moves very slowly… biding her time and plotting her revenge, and then she strikes swiftly. She will remain in Aries until 2044.

Eris is the sister of Aries and plays his female warrior counterpart, but she is a bit darker as her energy isn’t just about violence and fury.  No, this bitch is all about strife and discord.  Unlike her brother who will rest after a good battle, she will be out on the battlefield severing the heads of the dead and putting them up on spikes, like a grim version of an HGTV design show.

This reputation as a trouble-maker has roots in the mythology of Eris; one legend has her showing up to a wedding uninvited. (Anyone else getting Maleficent vibes here?) She threw out a golden apple (Snow White vibes) labeled “For the Fairest”… which Hera (Juno), Athena, and Aphrodite (Venus) then fought over in a dispute that lasted many years, eventually leading to the Trojan War.

Eris was discovered in January of 2005, from a picture that was taken in 2003. She is technically the 10th planet in our solar system although she dwarfs Pluto in density (insert eye-roll here). That next year (2006), instead of giving Eris her due, the powers that be decided to instead categorize her as a dwarf planet… and downgrade Pluto as well.  Needless to say, downgrading Pluto wasn’t popular… so now he is back in the fold. Eris, however, still got the shaft (damn the patriarchy).

At first they named the newfound dwarf planet Xena, but in 2006 changed it to Eris.  It’s interesting to note that Lucy Lawless played Xena the Warrior Princess on the TV show, and they ended up naming Eris’ moon Dysnomia (anarchy/lawlessness) after Eris’ daughter. Originally the moon was called Gabriella — another nod to the TV show.  Also, Eris is the daughter of Nyx, the goddess of night, which is the name of a very successful makeup line. It is said that even Zeus (Jupiter) feared Nyx.

I personally love Eris. Technically, a planet enters our consciousness after discovered, but this bad bitch has been giving us the side-eye for a long time.  Eris is the wild feminine in Aries, which means she won’t stop until she gets what she came for, and she won’t conform to gender clichés. I don’t always appreciate her methods, but she gets the job done.