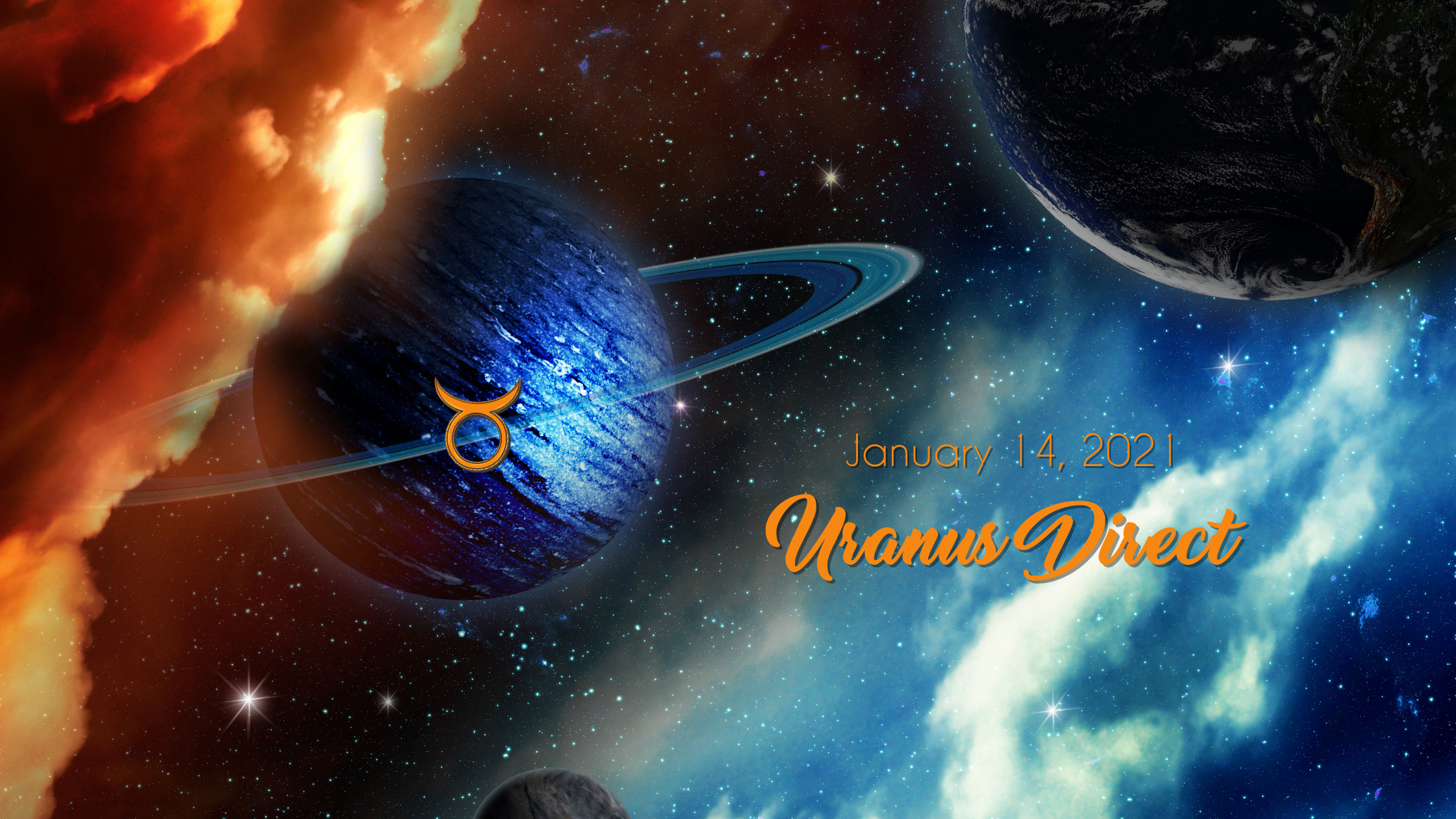 On January 14, 2021 Uranus will station to go direct.  When a planet stations it “slows” down and changes direction.  Uranus will slow and then “station” to go direct at 6 degrees of Taurus. He has been retrograde since August 15.

Uranus is the father of Saturn and known for shaking things up; sometimes literally, since when he is direct there are often earthquakes and other natural disasters. It takes him 84 years to make it around the Sun, which means he spends about 7 years in each sign and currently he is moving through Taurus.  Taurus is ruled by Venus and represents the 2nd house of the Zodiac.  The last time he transited through this sign that encompasses the things that we love and value, it was in 1934 – 1941.  This was the time of the Great Depression and of course WWII.

Known as the “Sky God” or the “Personification of Heaven,” Uranus is unique.  He orbits on his side, he has a posse of 27 moons, he has at least 3 different ways to pronounce his name: Your-Ron-Us, Your-Anis, and my personal fave; Your-Anus.  When things are going sideways or if miracles are happening in your life, it’s always best to check Uranus and see where he is transiting and see what aspects are involved so you can see where you might encounter the unexpected miracle or challenge.

When Uranus is retrograde it’s a great time to spread your wings and fly!  Anything that is rote or stale in your life will prompt you to make changes.  Sometimes that change is brought on from desire and sometimes it is a result of unexpected events beyond our control.

Now that Uranus is stationing direct at 6 degrees of Taurus on January 14, he will be 3 degrees away from Mars, fresh from his 6 month stay-cation in Aries and looking for trouble.  They will be squaring Jupiter and Saturn in Aquarius and trining Venus in Capricorn.  You can expect social protests around humanitarian-minded issues.  There could be an unexpected event, since Uranus is very strong when stationing, as he will be fully in his archetype of the awakener, revolutionary, rebel!

Look and see what you have around 6 degrees of the fixed signs (Taurus, Leo, Scorpio, Aquarius); this will be some challenging energy where you might have to make a move or change. Also, see what you have in the earth signs (Taurus, Virgo, Capricorn); this will be some harmonious energy and could be very beneficial.  If you see what house these aspects are happening, in it will help you understand what area of life you will be experiencing these energies.  You can create your free birth chart at Foxy Astrology.com.

Uranus will be transiting through Taurus until April of 2026.  He will make a brief appearance in Gemini July 7 – November 7, 2025, which will give us a little preview of what we can expect for his 7 year transit in mutable air. He will retrograde back into Taurus until the Spring of 2026.  Expect the unexpected and look for the miracles and the changes that Uranus will inevitably bring to the world.